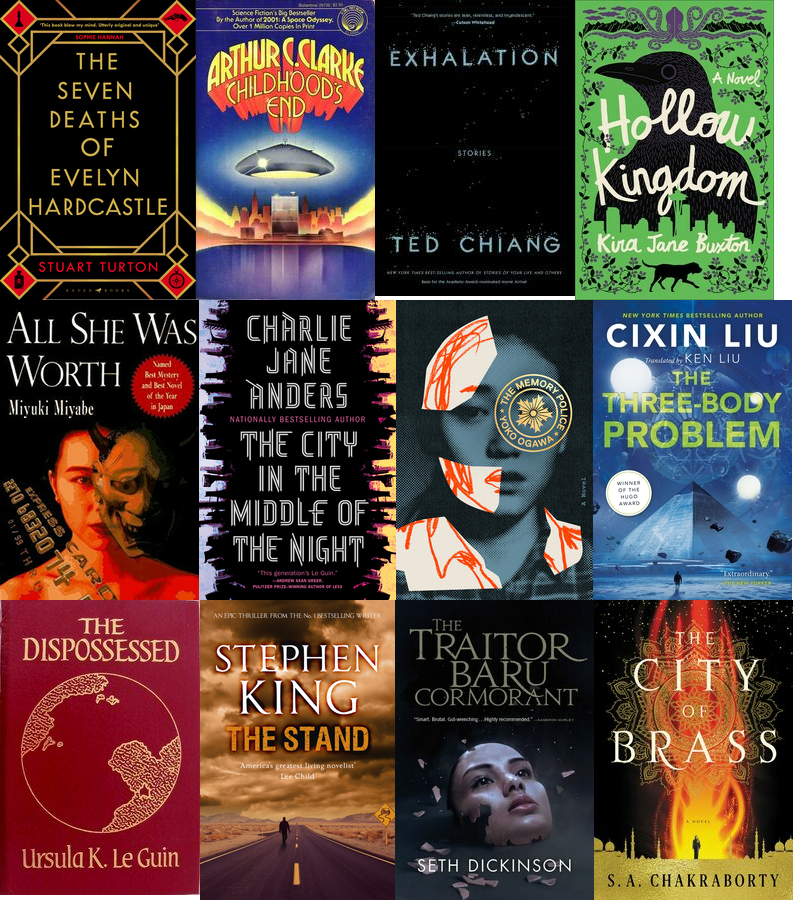 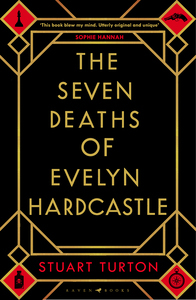 It is meant to be a celebration but it ends in tragedy. As fireworks explode overhead, Evelyn Hardcastle, the young and beautiful daughter of the house, is killed.

But Evelyn will not die just once. Until Aiden – one of the guests summoned to Blackheath for the party – can solve her murder, the day will repeat itself, over and over again. Every time ending with the fateful pistol shot.

The only way to break this cycle is to identify the killer. But each time the day begins again, Aiden wakes in the body of a different guest. And someone is determined to prevent him ever escaping Blackheath...
Click to expand... 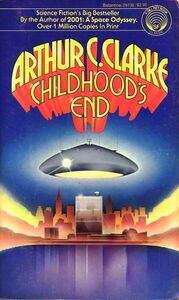 The Overlords appeared suddenly over every city--intellectually, technologically, and militarily superior to humankind. Benevolent, they made few demands: unify earth, eliminate poverty, and end war. With little rebellion, humankind agreed, and a golden age began.

But at what cost? With the advent of peace, man ceases to strive for creative greatness, and a malaise settles over the human race. To those who resist, it becomes evident that the Overlords have an agenda of their own. As civilization approaches the crossroads, will the Overlords spell the end for humankind . . . or the beginning?
Click to expand... 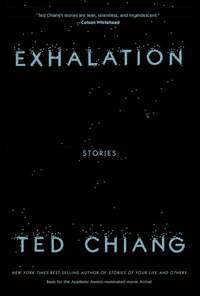 This much-anticipated second collection of stories is signature Ted Chiang, full of revelatory ideas and deeply sympathetic characters. In "The Merchant and the Alchemist's Gate," a portal through time forces a fabric seller in ancient Baghdad to grapple with past mistakes and the temptation of second chances. In the epistolary "Exhalation," an alien scientist makes a shocking discovery with ramifications not just for his own people, but for all of reality. And in "The Lifecycle of Software Objects," a woman cares for an artificial intelligence over twenty years, elevating a faddish digital pet into what might be a true living being. Also included are two brand-new stories: "Omphalos" and "Anxiety Is the Dizziness of Freedom."

In this fantastical and elegant collection, Ted Chiang wrestles with the oldest questions on earth—What is the nature of the universe? What does it mean to be human?—and ones that no one else has even imagined. And, each in its own way, the stories prove that complex and thoughtful science fiction can rise to new heights of beauty, meaning, and compassion.
Click to expand... 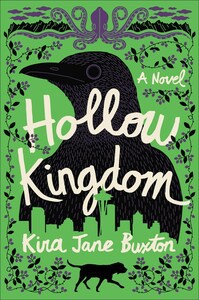 S.T., a domesticated crow, is a bird of simple pleasures: hanging out with his owner Big Jim, trading insults with Seattle's wild crows (those idiots), and enjoying the finest food humankind has to offer: Cheetos ®.

Then Big Jim's eyeball falls out of his head, and S.T. starts to feel like something isn't quite right. His most tried-and-true remedies--from beak-delivered beer to the slobbering affection of Big Jim's loyal but dim-witted dog, Dennis--fail to cure Big Jim's debilitating malady. S.T. is left with no choice but to abandon his old life and venture out into a wild and frightening new world with his trusty steed Dennis, where he discovers that the neighbors are devouring each other and the local wildlife is abuzz with rumors of dangerous new predators roaming Seattle. Humanity's extinction has seemingly arrived, and the only one determined to save it is a foul-mouthed crow whose knowledge of the world around him comes from his TV-watching education.
Click to expand... 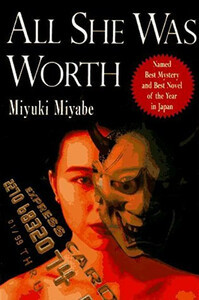 All She Was Worth by Miyuki Miyabe

Here is a deftly written thriller that is also a "deep and moody" (NEW YORK TIMES BOOK REVIEW) journey through the dark side of Japan's consumer-crazed society. Ordinary people plunge into insurmountable personal debt and fall prey to dangerous webs of underground creditors-so dangerous, in fact, that murder may be the only way out. A beautiful young woman vanishes, and the detective quickly finds she was not whom she had claimed to be. Is she a victim, a killer, or both? In a country that tracks its citizens at every turn, how can two women claim the same identity and then disappear without a trace?
Click to expand... 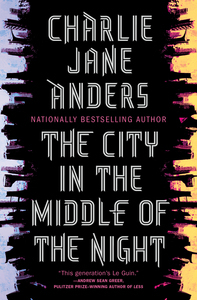 The City in the Middle of the Night Charlie Jane Anders

Would you give up everything to change the world?

Humanity clings to life on January--a colonized planet divided between permanently frozen darkness on one side, and blazing endless sunshine on the other.

Two cities, built long ago in the meager temperate zone, serve as the last bastions of civilization--but life inside them is just as dangerous as the uninhabitable wastelands outside.

Sophie, a young student from the wrong side of Xiosphant city, is exiled into the dark after being part of a failed revolution. But she survives--with the help of a mysterious savior from beneath the ice.

Burdened with a dangerous, painful secret, Sophie and her ragtag group of exiles face the ultimate challenge--and they are running out of time.

Welcome to the City in the Middle of the Night
Click to expand... 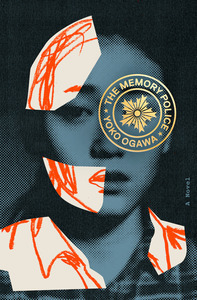 The Memory Police by Yōko Ogawa

A haunting Orwellian novel about the terrors of state surveillance, from the acclaimed author of The Housekeeper and the Professor.

On an unnamed island off an unnamed coast, objects are disappearing: first hats, then ribbons, birds, roses—until things become much more serious. Most of the island's inhabitants are oblivious to these changes, while those few imbued with the power to recall the lost objects live in fear of the draconian Memory Police, who are committed to ensuring that what has disappeared remains forgotten.

When a young woman who is struggling to maintain her career as a novelist discovers that her editor is in danger from the Memory Police, she concocts a plan to hide him beneath her floorboards. As fear and loss close in around them, they cling to her writing as the last way of preserving the past.

A surreal, provocative fable about the power of memory and the trauma of loss, The Memory Police is a stunning new work from one of the most exciting contemporary authors writing in any language.
Click to expand... 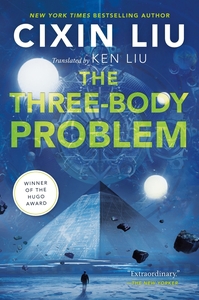 The Three-Body Problem by Liu Cixin

Set against the backdrop of China's Cultural Revolution, a secret military project sends signals into space to establish contact with aliens. An alien civilization on the brink of destruction captures the signal and plans to invade Earth. Meanwhile, on Earth, different camps start forming, planning to either welcome the superior beings and help them take over a world seen as corrupt, or to fight against the invasion. The result is a science fiction masterpiece of enormous scope and vision.
Click to expand... 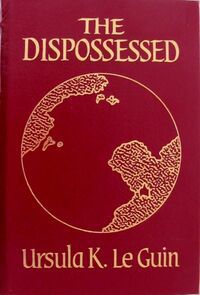 Shevek, a brilliant physicist, decides to take action. He will seek answers, question the unquestionable, and attempt to tear down the walls of hatred that have isolated his planet of anarchists from the rest of the civilized universe. To do this dangerous task will mean giving up his family and possibly his life—Shevek must make the unprecedented journey to the utopian mother planet, Urras, to challenge the complex structures of life and living, and ignite the fires of change.
Click to expand... 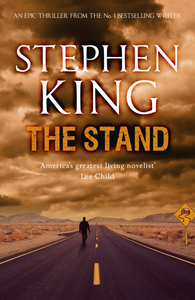 The Stand by Stephen King

This is the way the world ends: with a nanosecond of computer error in a Defense Department laboratory and a million casual contacts that form the links in a chain letter of death. And here is the bleak new world of the day after: a world stripped of its institutions and emptied of 99 percent of its people. A world in which a handful of panicky survivors choose sides -- or are chosen.
Click to expand... 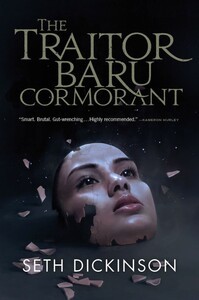 Tomorrow, on the beach, Baru Cormorant will look up from the sand of her home and see red sails on the horizon.

The Empire of Masks is coming, armed with coin and ink, doctrine and compass, soap and lies. They'll conquer Baru’s island, rewrite her culture, criminalize her customs, and dispose of one of her fathers. But Baru is patient. She'll swallow her hate, prove her talent, and join the Masquerade. She will learn the secrets of empire. She’ll be exactly what they need. And she'll claw her way high enough up the rungs of power to set her people free.

In a final test of her loyalty, the Masquerade will send Baru to bring order to distant Aurdwynn, a snakepit of rebels, informants, and seditious dukes. Aurdwynn kills everyone who tries to rule it. To survive, Baru will need to untangle this land’s intricate web of treachery - and conceal her attraction to the dangerously fascinating Duchess Tain Hu.

But Baru is a savant in games of power, as ruthless in her tactics as she is fixated on her goals. In the calculus of her schemes, all ledgers must be balanced, and the price of liberation paid in full.
Click to expand... 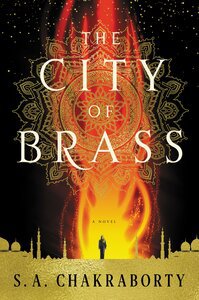 City of Brass by S.A. Chakraborty

Nahri has never believed in magic. Certainly, she has power; on the streets of 18th century Cairo, she’s a con woman of unsurpassed talent. But she knows better than anyone that the trade she uses to get by—palm readings, zars, healings—are all tricks, sleights of hand, learned skills; a means to the delightful end of swindling Ottoman nobles.

But when Nahri accidentally summons an equally sly, darkly mysterious djinn warrior to her side during one of her cons, she’s forced to accept that the magical world she thought only existed in childhood stories is real. For the warrior tells her a new tale: across hot, windswept sands teeming with creatures of fire, and rivers where the mythical marid sleep; past ruins of once-magnificent human metropolises, and mountains where the circling hawks are not what they seem, lies Daevabad, the legendary city of brass, a city to which Nahri is irrevocably bound.

In that city, behind gilded brass walls laced with enchantments, behind the six gates of the six djinn tribes, old resentments are simmering. And when Nahri decides to enter this world, she learns that true power is fierce and brutal. That magic cannot shield her from the dangerous web of court politics. That even the cleverest of schemes can have deadly consequences.

After all, there is a reason they say be careful what you wish for...
Click to expand...

Staff member
Ohhh love this turm! The collage is a fun touch. I still think about trying to sneak in the books I missed (Hollow Kingdom, Dispossessed, and Traitor Baru Cormorant).

Can't believe it's been a year! I'd say I had a pretty rough go of it for quite a while but seems like it all flew by now.

I missed two months myself, Exhalation and The City of Brass. Really should get on those, especially Exhalation.

Of the rest, my favorite was easily All She Was Worth. The methodical style suited the story perfectly imo and I found myself intrigued throughout and found every character and their side plots placed in very satisfying and believable places.

Shout outs to Childhood's End and The Stand also, rounding out my top three.

I can't say I enjoyed everything we read but I enjoyed talking about every one of them. Looking forward to the next year
You must log in or register to reply here.
Share:
Reddit Pinterest Tumblr WhatsApp Email Link
Top Bottom